The Securities and Exchange Commission (SEC) has begun a series of regional engagement sessions in its efforts to lay bare its operations while also sustaining investor confidence in the securities sector.

SEC began the engagements in Sekondi-Takoradi in the Western Region to educate the general public on investments, bailout updates, locked funds, and the role of the SEC in the capital market.

The Sekondi-Takoradi session was on the theme: ‘Understanding the Role of SEC in the Capital Market’.

The session came at a time when many financial institutions have lost their licenses due to liquidity shortfalls and with investors also losing their funds.

Director-General of SEC Rev Daniel Ogbarmey Tetteh, in an address, admitted that the level of investor awareness and knowledge of the securities industry is low.

Therefore, he noted that the initiative is one of the many to happen under their belt, as they plan to educate and inform the general population about SEC and its operations.

Rev Daniel Ogbarmey Tetteh also mentioned other important steps that were taken to strengthen the securities industry, including issuing important guidelines for Market Operators, the introduction of more stringent licensing requirements and the launch of a 10-year Capital Market Master Plan to serve as a blueprint for the growth and development of the Ghanaian Capital Market.

The Regional Minister, Kwabena Okyere Darko Mensah, applauded SEC for the decision to move to all 16 regions to educate the masses about the securities sector, stressing, “It is one sure way of drawing the public’s attention to certified investment avenues other than falling prey to bad investment products.”

According to Okyre Darko, SEC’s initiative is in tandem with the business direction of the Western Region and appealed for a SEC office in the region.

Chairman of the occasion Nana Kobina Nketsia V, Omanhen of Essikado Traditional Area, also expressed confidence that the outreach programme will help enlighten and increase public trust, confidence, and a better understanding of the Capital Market.

Nana Kobina Nketsia V further charged SEC to take steps to curb the proliferation of Ponzi schemes in the market which has lured many unsuspecting individuals into bad investments.

There was also an Open Forum Engagement which allowed investors and other members of the public an opportunity to ask questions and make their issues known directly to the SEC.

However, it can be recalled that the Coalition of Aggrieved Customers of Menzgold (CACM) earlier in the year, called on Parliament to investigate the role played by Securities and Exchanges Commission (SEC) in the closure of Menzgold.

Therefore, the new initiative taken by SEC will enhance their operations and help customers clear the doubts in their minds.

READ ALSO: GGBL and FML Lift the Accra Bourse Despite 87% Decline in Turnover 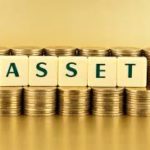 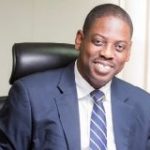 SEC Must be Proactive in their Monitoring Role