Kanye West’s listening party might be over and done with but the American rapper and business mogul hasn’t left the venue where he held it as he has made the stadium a home until he finishes his album ‘DONDA’.

According to reports, Kanye West will miss his weekend performance at Rolling Loud in Miami because he has literally moved into Atlanta’s Mercedes-Benz Stadium (MBS).

The MBS was the location of Kanye’s massive album party, where multitudes came together to jam out to his new album.

It is worth noting that, Kanye and his team have created a studio space, living quarters, and even have a chef to prepare his meals inside MBS.

It became clear that Kanye West didn’t return home after his album listening when he was spotted at the Atlanta United soccer game wearing the same outfit, he wore at the Donda event and had fans wondering what he was doing there.

A direct source told TMZ that “Kanye has a unique way to get things done. He was so inspired by the ‘Donda’ crowd, he wanted to stay in Atlanta and finish things up. He was so overjoyed by the event he just had to stay and lit up the album”.

It can be recalled that just recently, The Vaultz Media reported that Kanye West is expected to release his ‘Donda’ album following rumors of an exclusive hearing in Las Vegas.

That notwithstanding, August 6, 2021 has been set as the new release date for the album. However, it’s unclear if any new tracks will come from Kanye’s stadium stay or whether he’s just mixing and mastering.

It is worth mentioning that ‘Donda’, which will be West’s first studio album since 2019’s ‘Jesus Is King’ is named after his beloved mother, Donda West, who died in 2007.

Highlight of the album listening in MBS

Well, speaking of the listening event for the ‘Donda’ album, during the event, West, performed a song titled ‘Love Unconditionally’. It is alleged that this song addressed his ongoing divorce from his estranged wife, Kim Kardashian.

The track begins with a recording of his late mother, Donda West, sharing advice on love, followed by West’s repetition of the lyrics, “I’m losing my family.”

Following a tumultuous period in their marriage, Kim filed for divorce in February after nearly seven years of marriage. Post-split, the stars have come together as co-parents and “have been spending time together as a family,” a source recently told PEOPLE.

“Kanye has accepted that Kim wants a divorce. For a long time, it was very hard for him. He was disappointed. He has come around, though”.

The insider added that West “wants the best for his kids” and is “keeping things amicable with Kim so the kids can be happy”.

West is currently dating Irina Shayk; the two were first spotted together celebrating his birthday in France last month. 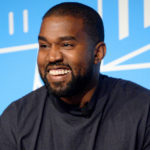 Kim Kardashian is officially a billionaire