A private legal practitioner, Gary Nimako Marfo, has indicated that the counsel for the first respondent, Jean Mensah (The Electoral Commission (EC) Chairperson) not agreeing to testify in court in the ongoing election petition is in order.

Speaking on the decision by the counsel for the respondent, he intimated that, it was in order and was not out of the context of the law to do such. He averred that, the decision by the counsel for the respondents, lawyer Akoto Ampaw and Lawyer Justin Amenuvor to not allow the EC chair into the box was in the best practice of the law.

“The mere fact that we have the case before the court is quite simple because as a petitioner you have your own fact and your own strengths. You don’t have to rely on the weakness of the other party.”

Mr Marfo further stated that, what happened yesterday February 8, 2021, is clearly an attempt by the petitioner [John Mahama] to get the first and second respondents to mount the witness box even though they did not want to.

His comment comes on the back of the legal counsel of the 1st respondent, Jean Mensah, the Electoral Commission Chair, not allowing his client testify in court after the NDC legal counsel requested for her to do so.

He further noted that, for the party to force the petitioner into the witness box didn’t seem like an ideal thing to do.

“Clearly I don’t see why any party will compel the other side as a matter of force to mount the witness box to be crossed examined. I find it very weird, I mean I have never seen it before.”

Touching on the issue of the first respondent not allowed to give accounts of the alleged accusations levelled against her, he said there was no way she could be forced and only the court could decide on that.

The Lead counsel for John Dramani Mahama, Tsatsu Tsikata yesterday, accused the Electoral Commission Chairperson, Jean Mensa of evading cross-examination. This was after lawyers for the EC and President Akufo-Addo had indicated that they do not intend to open their defence or call witnesses. The submission by the counsels for the 1st and 2nd Respondent follows the cross-examination of three witnesses testifying on behalf of the 2020 NDC presidential candidate.

Mr. Mahama had filed witness statements for the NDC’s General Secretary, Johnson Asiedu Nketia, Dr. Kpessa-Whyte and Rojo Mettle-Nunoo and these individuals were subsequently cross-examined by lawyers for President Akufo-Addo and the EC. Following the discharge of Rojo Mettle-Nunoo, Lawyer Tsikata informed the court that the petitioner had closed his case but the lawyers for the respondents who had already indicated that they will call one witness each told the court they have rescinded that decision.

The two counsels argued that the evidence presented by the witnesses for the petitioner and from cross-examination does not support the reliefs being requested by Mr. Mahama in the petition filed. Counsel for the Electoral Commission, Justin Amenuvor was the first to announce its intention. This was followed shortly by Counsel for the second respondent Akoto Ampaw.

Counsel for the petitioner, Tsatsu Tsikata, however disagreed and was of the opinion that the two parties are evading examination as it will expose the said illegalities that characterised the December 7 elections. 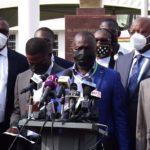 Reduction of Petitions Into A Single Case, A Predetermined Agenda- Dominic Ayine 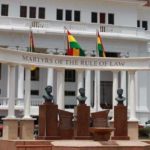 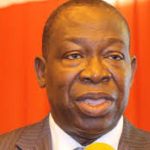 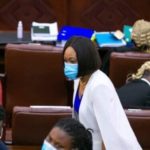 EC Chair Could Have Testified If She Wasn’t A Party In The Petition- Lawyer Banson
Tags: Election petitionElectoral CommissionJohn MahamaNDCNPPsupreme court