A public-interest group, OccupyGhana has demanded that Dr Kwaku Agyemang-Manu, the Minister of Health resigns with immediate effect because of his role in the botched Sputnik V contract.

Reacting to the outcome of the investigation, OccupyGhana stated in a press statement that they are struck that although payment was made under the transaction, the Minister said he did not know about it when he testified before Parliament.

The pressure group added that contrary to the Minister’s claim, he was copied in a letter from the 31 March 2021 from Acting Controller and Accountant-General to the Bank of Ghana requesting BOG to make the advance payment to Al Maktoum from the Health Ministry’s accounts.

“It is unbelievable that at each of these stages of payment requests, the accompanying, supporting documents did not include the approvals mentioned above. It beggars belief that the Ministry of Health, Ministry of Finance, Controller and Accountant-General and Bank of Ghana would pay out government monies without seeing or demanding to see any of the stated approvals.

“It is on the basis of the foregoing that we demand that the Health Minister resigns from office with immediate effect. Even if he meant well under emergency circumstances, those did not justify bypassing our constitutional and statutory processes. If the Health Minister does not resign of his own accord, then we call on the President to relieve him of his post.”

Meanwhile, OccupyGhana stated that there is enough evidence that the Health Minister entered into an international business transaction, paid or supervised the payment of monies under the transaction without parliamentary approval, without cabinet approval, without Public Procurement Authority approval or ratification and without the endorsing advice of the Attorney-General. The group however, noted that such actions is a substantial breach of the constitution of the Republic of Ghana.

While calling for his resignation, the group also believes that Ghanaians ought to be told which other officials were involved in processing and paying the monies, without demanding and seeing the requisite approvals. They further suggested that those officials be similarly sanctioned. Also, they demand that Ghanaians be told when they should expect to receive a full refund of the outstanding amount from the recipients.

Further, they observed that this incident and several others, bring again into sharp focus the refusal, neglect or failure of Parliament to enact the law that would clarify article 181(5), as demanded by the Constitution itself.

“Clearly, although the framers of the Constitution wanted such transactions to have parliamentary oversight (just as loans), they anticipated that some modifications would be necessarily required to make them apposite, and therefore empowered Parliament to take legislative action in that regard.”

Meanwhile, it can be recalled that the parliamentary committee that investigated the deal said in its report which was subsequently debated on the floor of Parliament concluded among other things that, the Minister, Mr Agyemang-Manu failed to secure approval from the board of the Public Procurement Authority (PPA) under Sections 40 and 41 of Act 663, before executing the international agreements. 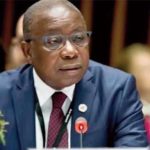 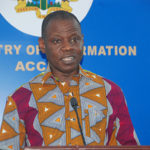 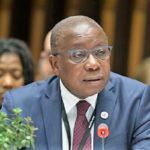 “COVID-19 Compensation Lottery Prize” is a scam, WHO warns