A former Deputy Communications Minister, Felix Kwakye Ofosu has said the President should have sacked the Health Minister the very day he admitted to the committee that he “was not thinking properly” in signing the contract.

Mr. Kwakye Ofosu said there was substantial evidence against Minister of Health, Kwaku Agyemang Manu, in the Sputnik V contract that he signed which President Akufo-Addo could have used to act against his appointee without even Parliament probing the matter.

“The President should have fired him the day the Minister went to Parliament to say he was not thinking properly. I am not surprised at the outcome of this investigations because I quite frankly think that the investigation was not required.”

Speaking on the findings of the Parliamentary Committee that probed the contract, he said, President Akufo-Addo was not bothered about protecting the public purse hence did not see the need to hold his minister accountable.

“There were sufficient evidences even before the investigation for President Akufo-Addo to have taken action against him but unfortunately we have a president who appears to be bothered the least about embezzlement and misappropriation of the public purse and so will do absolutely nothing about it.”

He described the Minister as an honest man who was not seeking personal gains in the contract.

“This is a man who has chaired the Public Accounts Committee and he tells you that knowing how these things work, with his engagement with public sector, he tells you that at a certain point given the responsibility, he had to act this way. He even comes before the entire world and tells you this.

“The real business we have in this is that, we have a very experienced person who has conducted himself in a certain way against certain institutional norms of which he was very aware. Can we then conclude that he intended that money for his personal benefit? That is what the NDC are implying. My position is that it cannot be the case with his experience and knowledge.”

His comments come on the back of the unauthorized procurement of vaccines by the Health Minister, who was made to face the Parliamentary Committee for further investigation.

During the probing, Mr. Agyemang-Manu admitted before the committee that he did not do due diligence before contracting with the private office of one Emirati Sheikh, H.H Sheikh Ahmed Dalmook Al Maktoum for 3.4 million doses of Sputnik V at a unit cost of $19.

The Parliamentary Committee that was tasked to probe the contract stated in its final report that the Health Minister Kwaku-Agyemang-Manu should have contacted and engaged with the Parliamentary select Committee on Health on the Sputnik V contract even if it was an emergency situation. 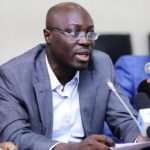 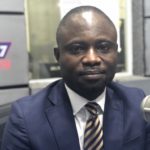 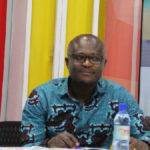 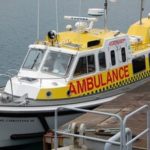 Seven relaxing things to do on a weekend