Inusah Fuseini, a former Member of Parliament for Tamale Central.

Former Ranking Member of the Constitutional, Legal, and Parliamentary Affairs Committee of Parliament, Inusah Fuseini, has expressed concern over the Speaker of Parliament, Alban Bagbin’s proposal to introduce legislation to reinforce the House’s contempt powers.

According to him, if the Speaker’s decision becomes successful, it will as a matter of fact limit Parliament’s contempt powers. Inusah Fuseini insisted that the Speaker must leave the interpretation of the constitutional provisions regarding contempt of Parliament to the courts.

“He should leave it that way and then you encourage Members of Parliamen to test the limit of contempt of Parliament in court. The law is a living organism. The court will always stretch the limit if they are minded to do so on the contempt of Parliament provision… In law making, particularly constitutional law development, some provisions are left in such a vague manner for the jurisprudence to allow for those provisions to be developed by the law court”.

The Speaker, Alban Bagbin, during a meeting held in Kumasi disclosed that processes have begun for the passage of a new legislation that will give meaning to the constitutional provision of Contempt of Parliament which will lay bare detailed sanctions for those found culpable.

Mr Bagbin’s decision follows the intent of the Police to arrest Madina MP, Francis-Xavier Sosu, for his involvement in a demonstration over poor road network in his constituency that went riotous.

“We will be having a meeting with the other stakeholders to discuss this. We will be guided by judicial opinion and we as Parliament will have to legislate on the nature, scope, and sanctions involved when we talk about contempt of Parliament. These things will be worked out in detail, not just the skeletal provisions in the constitution”.

Justifying his stance, Alban Bagbin expressed that Parliament only exists to strengthen the Executive arm of government. He noted that despite his 20 years in Parliament, he did not get the real picture of the “weakness of our Parliament until I became Speaker”.

The Speaker revealed that there is so much void that “for all these 28 years”, the focus of Parliament itself was towards working to strengthen the executive arm and not “Parliament itself”.

Speaking on the theme: ‘Examining Parliament’s oversight function on governance of public goods and services; prospects and challenges in the 8th Parliament’, Mr Bagbin intimated that the program was aimed at facilitating citizen’s participation in Ghana’s democratic practice.

In buttressing his point, Mr Bagbin stated that the fact that although the legislature is the body that passes laws in the country, lawmakers often fail to make laws that would inure to the benefit of Parliament.

“While we were talking about Presidential Transition Act, we didn’t talk about Parliamentary Transition Act. So, when you are elected as a Speaker, you go into an empty office, no handing-over notes, no staff and that is how you start. So, as you work along, then you realise that the technical component of an institution is completely absent in the Parliament of Ghana”.

Read Also: Nana Konadu has to Apply for Membership- Otokunor 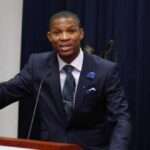 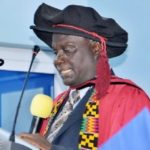 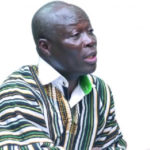 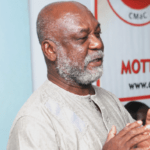