Ghana qualifies as a good case study for Guyana’s nascent oil and gas industry. Albeit in replicating Ghana’s sovereign wealth fund, Guyana must do well to avoid any associated pitfalls that may drag its sustainability.

Among the areas of interest to Guyana is Ghana’s sovereign wealth fund (SWF) for the purpose of enacting legislations to better manage its oil revenues as well as the areas of local content and its highly anticipated gas-to-energy development.

Bilateral relations between the two countries have become more grounded on the basis of the oil resources owned by both countries as Guyana seeks to learn from Ghana’s oil and gas industry experience.

Stories From People Who Have Built Better Habits

While it could be said that Ghana has performed fairly well with regards to the governance of its oil resources, a number of pitfalls have been flagged with the management of its sovereign wealth fund.

Ghana’s SWF as stipulated in the PRMA

The Act established the Petroleum Holdings Funds, comprising of the Ghana Heritage Fund and the Ghana Stabilisation Fund– as well as a Consolidated Fund, which supports the annual budget.

Unlike other oil-producing countries in the sub-region, Ghana’s case is unique in that legislation governing oil revenues was enacted early after the discovery of oil in 2007, before extraction began.

Despite efforts to pre-emptively create a robust resource management regime with its sovereign wealth fund, this has largely not yielded the expected results. After the discovery of oil the government embarked on unsustainable borrowing sprees against future revenues while depositing oil revenues into the funds. And this has continued until now, counteracting the objective of the sovereign wealth fund.

In 2020, for instance, Ghana issued a 40-year bond and raised $750 million with an interest rate of 8.875%. Also, in 2021, the government raised $3 billion via 4-year zero-coupon bond with an average interest rate of 8%. These among other loans have been accumulated during this period raising Ghana’s debt-to-GDP ratio to unsustainable levels.

These loans are mainly to support infrastructure development, retire existing loans with high interest payments, among others. While these fall within the remit of the law, there are concerns that have been raised about them.

One of the issues that concerns the management of the SWF is the fact that Ghana earns relatively low interest from its SWF whilst borrowing at high rates.

The Heritage Fund, which serves as savings for future generations, for example, attracts very low yields, at around 1% annual return on average. As such, concerns have been raised over the logic of borrowing at high interest rates and investing abroad at low interest rates.

Alternatively, it has been suggested that the government should decrease borrowing, or invest at least a portion of the revenues in higher risk, or high-yielding investments. However, higher risk investments also depend on the capacity of the Investment Advisory Committee, which has not met regularly, in contravention to the PRMA.

Other Pitfalls Guyana must Avoid

With respect to the Petroleum Funds specifically, they have largely been managed within stipulated rules. However, the Finance Ministry has taken advantage of a buffer that allows the Stabilisation Fund cap to be legally revised. The cap has been revised downward multiple times to finance debt/recurrent expenditures.

Meanwhile, this issue has been noted on countless times by the Public Interest Accountability Committee (PIAC) in its annual reports, however, there is yet to be any revision on that aspect of the law.

With regards to the Annual Budget Funding Amount, allocations have been spent in unfocused ways, as projects are allocated in a fragmented manner. Thus projects are not seen to completion due to vague stipulations in the PRMA on the allocation of the ABFA amount compounded by political pressure. The PIAC also highlighted this concern in its 2021 Semi-Annual Report.

In fact, while these are concerns pertaining to the management of Ghana’s SWF, matters would have been worse if it had not been created. Guyana, therefore will make the best choice in its quest to develop its oil and gas industry by learning also to avoid similar pitfalls. 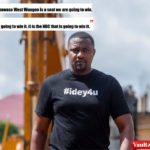 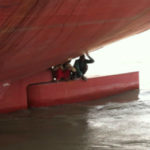 Life for Sale? The adventures of Stowaways in Ghana 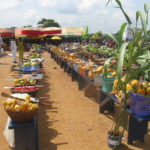 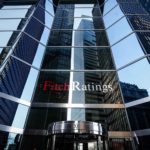