Mikel Arteta’s Arsenal is still chasing its first win of the season as it takes on Norwich City in a relegation battle at the Emirates Stadium tomorrow, Saturday, September 11, 2021.  With pressure mounting on the manager after 3 matches without a win or even a point, Arteta has no option but to pick all 3 points.

Commenting on the game, Mikel Arteta noted that it is a curial game because the team needs its first win of the season.

“It always is at Arsenal. The pressure is always there to be as high as possible in the league table. We need the first win and we are going to play in front of our fans after a disappointing start. So, it is down to us to provide everything we have- performance-wise, to earn the result we want at the end”.

Meanwhile, Arsenal will miss some of its top players for various reasons. The manager indicated that the Gunners has a completely different squad due to the number of changes.

However, the team has a boost following the return of Thomas Partey to the squad.  The Ghana International sustained an ankle injury in their 2-1 defeat to Chelsea in a pre-season fixture. His return comes at an opportune time for the Gunners. This is because the team will miss the services of Mohamed Elneny and Granit Xhaka.

The Swiss ace has a three-game ban following his red card versus Manchester City. Meanwhile, the Egyptian is out for two to three weeks after picking up a hamstring injury. It is still unclear whether the new signing, Tomiyasu will be available for the game.

Arsenal’s  woes continue to deepen as the club failed to find the net in three consecutive games in the ongoing season. Despite its talents,  Arsenal always flatter to deceive.

Worryingly,  Gabon international and Arsenal Forward, Pierre-Emerick Aubameyang is yet to put on his goal scoring shoes.  It is therefore, uncertain when the team will begin to win matches.

Recent performance of the team

The Gunners begun the season on bad footing after losing 2-0 to newly promoted Brentford at the Brentford Community Stadium.

After that lost,  it was evident that the Gunners were set for a tall order as they face rivals Chelsea and Manchester city in their subsequent games. Unsurprisingly, Arsenal lost both games without responding to any of the goals scored by the two oppositions. The team lost the North London derby 2-0 to current European Champions, Chelsea  at the Emirates Stadium.

Thereafter, Arsenal suffered a humiliating 5-0 defeat in the hands of a ruthless Manchester city. This was immediately after City thrashed Norwich City 5-0 on March day 2. Manchester City vent its spleen on the two relegation threatening teams after losing 1-0 in its opener against Tottenham Hotspur.

In all,  Arsenal conceded 9 goals in 3 premier league games without a single goal to its name. With this pitiable performance, the team is currently laying at the bottom of the league table with no point.

For now, the fans of the club are sitting on the edge with hopes gradually fading away. As such, all eyes are on the manager, Mikel Arteta, who is currently under intense criticism for the poor performance of his charges this season.

Meanwhile, tomorrow’s game promises to be another tough encounter for Arsenal as it faces a shambolic Norwich side which is also struggling to bounce back to winning ways.   Norwich City,  just like the host, lost all 3 games but unlike Arsenal, it has scored 1 goal and conceded 10. This put the team ahead of Arsenal on the league log, occupying the 19th position.

Speaking on his opponents, Arteta  indicated that “they have been up and down but they haven’t changed much. It is a team that is a joy to watch, the way they want to play, the risks they take, how attacking”. Nevertheless, he believes the side still poses a threat, saying “ I don’t know what they will do against us”.

Arsenal will play Burnley, Tottenham Hotspur and Brighton & Hove Albion in the next 3 premier league fixtures after tomorrow’s game.

After match day 3, Tottenham lies top of the league table with 9 points from 3 games without conceding a single goal. Meanwhile, West Ham United, Manchester United and Chelsea complete the top four with 7 points apiece. Tottenham, in search of a 4th consecutive win,  will play as guests to Jordan Ayew’s Crystal Palace in the early kick-off tomorrow at 11:30 am. 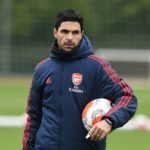 Mikel Arteta is “creating something unique” at Arsenal – Pep Guardiola 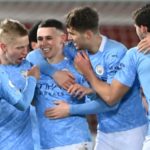 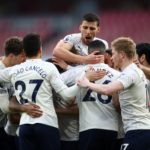 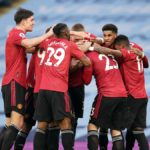