The Kenyan Ministry of Health has warned of an acute shortage of condoms in the country ahead of the festive season. A new report attributed the shortage to dwindling donor resources.

This was highlighted in the Kenya National Condom Strategy 2018-2023 (KNCS) report, where it emerged that the country needed 455 million condoms annually against the 1.6 million provided by the government monthly.

An expert and program analyst for HIV and disability at United Nations Population Fund, Lilian Langat, on the other hand, blamed the shortage of condoms on heavy taxation of the commodity in a country where free condom programs are mainly donor-funded.

“There was a time that we had to reroute some commodities to neighbouring countries since they do not levy taxes on donations. The lengthy procurement processes are also another battle for the donors”.

The Health Ministry, however, advised Kenyans to visit the various health facilities to be informed on other available family planning methods. The ministry further disclosed that female condoms are in surplus.

Last year 2020, about 20 million condoms were distributed to Kenyans for free under a programme funded by the Global Fund and the United Nations Population Fund (UNFPA).

The KNCS report indicated that the social marketers and for-profit private sector players distributed their condoms through various channels including: supermarkets in urban centers, small corner shops and retail pharmacies among other outlets (Condom landscaping Report, 2017).

Investment by the Government in the condom program has been limited and particularly in the commitment of resources to finance procurement of the commodities.

About 600,000 female condoms are procured and distributed with donor support every year, against an estimated annual demand of about 1.8 million (Data on file, UNFPA, 2009) in Kenya.

The resultant limited access to female condoms has discouraged their broader use by women to reduce the risk of HIV infection and unintended pregnancies.

The female condom is also commonly used by men having sex with men (MSMs) in Kenya. This is particularly because of their durability, better lubrication and low risk of breakage.

National AIDS and STIs Control Program (NASCOP) head, Catherine Ngugi said that the country needs USD4.6 million (Sh460 million) to procure 1.3 million male condoms and 884, 210 female condoms, funding which mainly comes from donors. The cost of procuring one male condom is around USD 4.3 (Sh430) while that of a female condom USD0.38 (Sh38).

“Even with donations from donors, we are nowhere near our target. We have not been able to meet our needs as a country. We are thinking of bringing other donors on board”.

Ngugi underscored the need to address condom shortage amid rising cases of teenage pregnancy, HIV/Aids among the youth and the resurgence of sexually transmitted illnesses, including syphilis whose prevalence has risen to 28% among teenagers.

More Men Use Condom than Females

On condom promotion, an assessment conducted revealed only 39.5 per cent women reported using condoms, while the percentage of men stood at 70 percent.

This means out of 10 women, only four were using condoms while seven out of 10 men were using the family planning commodity, explained the National Aids Control Council CEO Ruth Masha.

The distribution of public sector condoms from health facilities into the community remains a great challenge due to lack of a clear strategy. The KNCS report highlighted a lack of clarity on organizations tasked with the responsibility of ensuring this is done. 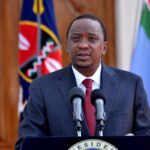 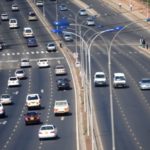 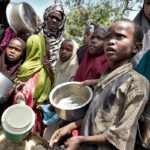 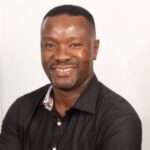