The Economic Commission for Africa (ECA) is helping prepare African countries in readiness for the global UN climate change summit (COP26). The UN will hold the summit in Glasgow, UK, later in the year.

According to Mr. Adam, member states have continued to roll out several initiatives in line with ECA recommendations at the national, sub-regional, and regional levels. The initiatives aim to harness green and blue economy to build forward better from the COVID-19 crisis. It will also help achieve sustainable development.

Alongside these initiatives, he noted an increase in the integration of climate resilience in national sustainable development plans in the continent. There is also a rise in augmented investment in climate action across Africa. Moreover, he indicated that the ECA is supporting countries to revise their Nationally Determined Commitments (NDCs). This is boosting the overall continental commitments in raising global climate change ambitions.

Also, Mr. Adam informed the APPR meeting that ECA was building on the success of the seventh African Regional Forum for Sustainable Development (ARFSD7) to spur continental initiatives. He also noted that the ECA has produced a draft Strategic road map for the Decade of Action in Africa.

“Building forward better: Towards a resilient and green Africa to achieve the 2030 Agenda and Agenda 2063” was the theme of ARFSD7. The ECA co-hosted the event with the Republic of Congo in Brazzaville, in early March this year.

Moreover, Mr. Adam highlighted some of the achievements of the ARFSD7. According to him, the most significant was the consensus reached on Africa’s priorities and policy options for implementation of Agenda 2030 and Agenda 2063. He indicated that this was in the context of COVID-19 and will inform global processes.

Mr. Adam stated that “concrete recommendations such as the operationalization of the Blue Fund of the Congo Basin, that will influence future activities”.  This, he said was about green and blue financing. He further stated that the event also highlighted priorities to be conveyed to the 2021 High-Level Political Forum. This, he believes “will spur initiatives at all levels”.

Furthermore, accompanying these milestones, Mr. Adam reiterated the key highlights of ARFSD7, which included the Brazzaville Declaration. It also included the launch of the “Building Forward for an African Green Recovery” report. He also affirmed that ECA is building partnerships with sister UN agencies, the private sector, academia, and civil society. Mr. Adam noted that the ECA is building its momentum towards COP26 through these partnerships.

During the elaborate peer-reviewed APPR meeting, Mr. Adam and the TCND team outlined the key achievements of ARFSD7. These achievements put the green economy at the center of Africa’s COVID-19 responses. They included vaccine development, green financing, and utilizing the AfCFTA to promote regional and global value chains and linkages.

Meanwhile, the ECA is supporting member States to enhance their capacities in designing and implementing initiatives to harness frontier technologies and innovation for sustainable development. It also helps in harnessing green and blue economies to build forward better from the COVID-19 crisis. This will help such economies achieve sustainable development together with meeting the objectives of the Paris Agreement. 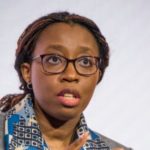 ECA working with African countries to increase investment in infrastructure 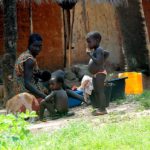 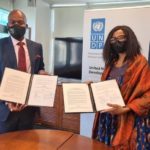 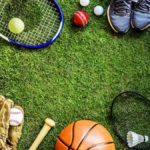