France has decided to halve the number of visas issued for citizens of Algeria and Morocco, and a 30-percent reduction for Tunisians from 2020 levels, accusing the former French colonies of not doing enough to allow illegal immigrants to return, a government spokesman said on Tuesday.

“It’s a drastic decision, and unprecedented, but one made necessary by the fact that these countries are refusing to take back nationals who;we do not want or cannot keep in France”, Gabriel Attal told Europe 1 radio.

Immigration is shaping up to be a key issue in next year’s French presidential;election, where Macron is widely expected to face off again against the far-right leader Marine Le Pen.

Need for a consular pass

When visa requests are denied, French authorities must still secure a consular pass in order to forcibly expel individuals;to their home countries, a document that Paris says Algiers, Rabat and Tunis are refusing to provide.

Attal told the station that “there was dialogue, then there were threats, and today we’re carrying out those threats”. But, with optimism, he said “we’re hoping that the response will be more cooperation;with France so that we can apply our immigration rules”.

Europe 1 reported that in the case of Algeria, French courts had rejected 7,731 visa requests in the first six months of this;year, yet because consular passes have not been granted, only 22;individuals had been expelled from French territory.

In reaction, Morocco’s Foreign Affairs Minister, Nasser Bourita, on Tuesday described the decision as “unjustified” and does;not reflect the reality of consular cooperation in the fight against illegal immigration.

“We take note of this decision but consider it unjustified for a number of reasons, the first of which is that Morocco has;always treated the issue of migration with the logic of responsibility and the necessary;balance between facilitating the movement of people (students, businessmen and others), the fight;against illegal immigration and the firm treatment reserved for people in irregular situations”.

Under this approach, Morocco acts responsibly, said Mr. Bourita, adding that Morocco has processed all the requests the French authorities have made in this regard.

Morocco’s Foreign Affairs Minister also said the Authorities have so far issued 461 passes to people who were in an irregular situation. According to him, Morocco has admitted 128 of them. According to the Mr. Bourita, Morocco conditions the return of its nationals to the fact that they have a passport or a pass. Moreover, in the wake of the pandemic of COVID-19, the Kingdom requires in addition, a negative PCR test to have access to the national territory.

What France does not declare, he noted, is that many individuals with travel documents have not been able to return to Morocco. According to him, this is because such people refuse to perform this screening, which is optional in France, thus calling “inappropriate” the adoption of the parameter of refusal to issue consular declarations necessary for the return of emigrants.

The problem is Franco-French because if the French law does not allow its authorities to require migrants to submit to this test for their repatriation, Morocco will not change its laws to allow people from France to access its territory without being tested, he added.

READ ALSO: Gross International Reserves Up by US$2607.5 Million in First 8 Months 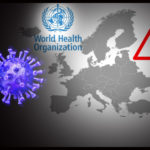 WHO warns of ‘very serious situation’ in Europe, with ‘alarming rates’ of virus transmission 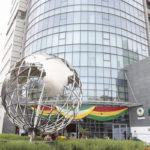 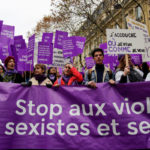 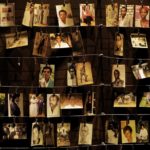 Deputy Minister of Finance Charges New Board to Serve the Public