Fertiliser issue is because of the shortages – Deputy Agric Minister

Fertiliser issue is because of the shortages – Deputy Agric Minister

Deputy Minister for Agriculture, Yaw Frimpong Addo, has disclosed that the pervading issues with fertiliser supply is as a result of shortages.

According to him, due to the shortages, market prices of fertilisers have gone up, making it difficult for farmers to purchase.

His comments follow a tour of the Ahafo, Bono East, Ashanti and Eastern Region by the minister for Agriculture.

He acknowledged that certain issues came up and among them was “especially women in Agriculture” and “those in rice farming”.

That notwithstanding, Mr Frimpong Addo concerted to the fact that the issue of fertilisers came in “strong”.

“So, this fertiliser issue is because of the shortages. What I gathered was that, some of the suppliers could not meet the deadline for supply due to certain challenges that I’m yet to find out. There’s shortage of fertiliser in those areas that I visited. I cannot talk about the other areas; it came out strongly everywhere we went. Because of that, it’s affecting pricing. Some individuals have bought some of these fertilisers and the market prices, most of the farmers cannot afford.

“All this is happening because of what happened in the COVID year. Most of the shortages that we are seeing are the consequences of the COVID situation the whole world finds itself. It has affected everything and Agric is no exception. It has affected supply, it has affected money input. We are in this situation not because somebody is deliberately sitting on some fertiliser or money somewhere. It is a case of the world in crisis, but the minister on our rounds gave assurance to the farmers”.

Counteracting some held views on the smuggling of fertiliser to neighbouring countries, Mr Charles Nyaaba, Head of Programmes and Advocacy at the Peasant Farmers Association, indicated that there is “no smuggling” so far to the best of his knowledge.

He further noted that the “the fertiliser is not even there to be smuggled”, further compounded by high cost of fertilisers.

Prior to this, the director of Crops Services at the Ministry of Agriculture, Seth Osei-Akoto, had discounted claims by farmers that there are inadequate fertilisers in the market.

He described the claims by farmers on the high prices of the few fertilisers on the market as false.

Mr Akoto attributed the high prices to the increased smuggling of fertilisers, as his outfit has provided sufficient quantity of fertilisers. 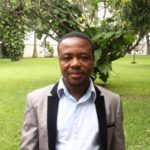 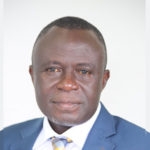 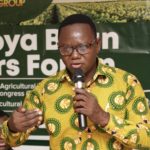 GAWU cautions public not to expect bumper harvest this year 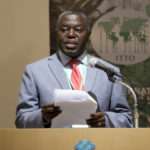