None other than the poor consumer is going to bear the brunt of the rise in cost of fuel, as it has cascading impact on the market prices of goods and services. Considering the effects of this persistent rise in fuel prices on the consumer, as it further increases cost of living.

While this new price change was quoted by Shell, as at yesterday, September 29, 2021, its fierce competitors, Total and Goil are likely to adjust their prices in the coming days. As of the time fuel prices stood at GHS6.38, the national average price of fuel per litre at the pump was pegged at GHS6.18, according to the Institute for Energy Security (IES).

Price watchers and market forecasters, specifically, the Institute for Energy Security (IES) project the “price of gasoil to increase and price of gasoline to remain stable on the domestic market at the various pumps as we enter October.”

The one way to reverse the situation in the near term is to revise the taxes on petroleum products, according to analysts. The general thumb rule is: fuel prices are higher in the developed countries because of higher taxes, while the poorer and oil producing countries, because it is a necessity of daily life, prefer to keep taxes and prices down. Well, Ghana appears to be playing a ‘discordant note’ as the contrary is playing out.

The unabated rise in fuel prices has gotten some road users leaving their cars in garages, as they cannot afford the cost of fuel by the day; some commercial bus drivers are out of business as they cannot meet up sales’ targets demanded by their car owners. For the consumer who is managing a small gas cylinder at home, the cost of cooking will likely increase the more as prices of liquefied petroleum gas (LPG) also climbs up.

And it may not be long for transport prices to rise further should the taxes/levies remain unrevised. Thus, yielding a further rise in inflationary pressures. In the interest of a sustainable economic revival and for the sake of keeping inflation expectations from increasing further, the taxes/levies on petroleum products should be revised.

Taxes/levies account for a humongous 50 per cent of the pump price of petrol and more than 40 per cent of the retail price for diesel. Meanwhile, these taxes can be rationalized to make life more equitable for the poor consumer.

But numerous calls by CSOs and agitations by well-meaning citizens are yet to be addressed by the government, after the new taxes/levies were imposed some six months ago.

Without an operational refinery, Ghana imports all of its oil needs, and international prices change on a daily basis. The oil marketing companies (OMCs) therefore peg their retail prices by benchmarking them to a 15-day rolling average of international prices.

In the first five months of the year, Ghana bought GHS1.008 billion worth of petroleum products. The country’s petroleum import bill is growing bigger and as a result, the country stands unguarded from volatilities on the world market.

To avert all of these challenges, the government should be swift in the considerations for a revision of the petroleum taxes and levies in order to reduce the burden on consumers as well as aid a robust recovery going forward. 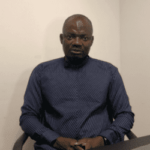 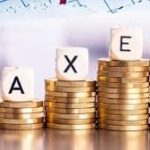 Average revenue of 16.8% GDP over the next four years, difficult to achieve 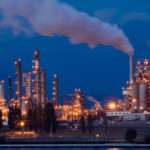 Pregnant Women not Being Vaccinated for Safety Reasons- Dr Yankson