Ministry for Foreign Affairs and Regional Integration (MFARI) has disclosed that the total volume of trade between Ghana and Switzerland over a ten-year period (2010-2019) reached an estimated value of $26.5 billion with Ghana recording trade surpluses in all the years.

According to the MFARI, Ghana recorded the highest trade surplus in 2019 with an estimated figure of $4.8 billion. Ghana’s exports to Switzerland are dominated by primary goods such as Gold, Cocoa Beans, Cocoa paste and Tropical Fruits. Imports from Switzerland, on the other hand, include Packaged Medicaments, Wheat, Large Construction Vehicles, Scented Mixtures, amongst others.

In a press statement released after the sixth session of their Political Consultations on 3rd November, 2021, Ghana’s Foreign Affairs Ministry highlighted that established over sixty years ago, diplomatic relations between Ghana and Switzerland have over the years been very friendly and cordial. The healthy relations, the MFARI said, found expression in many joint programmes and projects of mutual benefit to the two countries.

The focal points of the long-standing exchange relations between the two countries are the flourishing trade and the economic cooperation. Within the framework of this successful relations, Ghana’s Ministry of Foreign Affairs believes the “balance” of the “enhanced trade” has been “in favour of Ghana”.

The Sixth Session of Political Consultations

The republic of Ghana and Switzerland held the sixth session of their Political Consultations on 3rd November, 2021. The meeting was led on the Ghana side by Ghana’s Ambassador to Switzerland and Permanent Representative of the United Nations in Geneva, Ambassador Ramses Cleland, and on the Swiss side by the Head of Africa and the Francophonie Division of the Swiss Federal Department of Foreign Affairs, Ambassador Siri Walt.

The sixth session of the Ghana-Switzerland Political Dialogue was convened with participants from the Foreign Ministries of the two countries as well as relevant national stakeholders of Ghanaian Ministries, Departments and Agencies and representatives of concerned institutions in Switzerland.

The discussions also touched on issues of Stability and Security in the Sub-Region. Issues relating to ECOWAS, AU, and AfCFTA; the Candidatures of both countries for international organizations, Cooperation within the UN and the COVID-19 Pandemic were also discussed.

“At the conclusion of the discussions, the two countries expressed satisfaction with their increasing level of cooperation and jointly affirmed to strengthen the linkages in the different areas of the Ghana-Switzerland relations to boost cooperation for the mutual benefit of the two countries”.

Bilateral agreements between Switzerland and Ghana

In this context, Switzerland is working in Ghana to improve compliance with human rights in the extraction of raw materials as Ghana is Switzerland’s most important supplier of cocoa.

The Swiss embassy supports Ghana with a number of projects in the areas of good governance and conflict prevention. This, the Swiss FDFA said, is a demonstration of “its appreciation for Ghana’s democratic culture and its leading role in this respect”.

Switzerland and Ghana have concluded a number of bilateral agreements including the promotion and protection of investments in 1991, the avoidance of double taxation with respect to taxes on income and assets in July 2008 and in August 2010, on air traffic routes and intellectual property rights. In 2015, a Memorandum of Understanding was concluded in order to formalize the holding of yearly political consultations, making the most recent one the sixth. 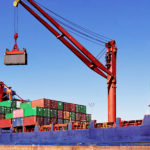 Ghana’s exports to African countries picking up; a good sign for the AfCFTA? 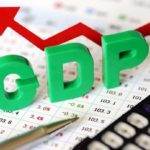 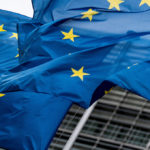 Cocoa accounts for 50% of Ghana’s exports to the EU 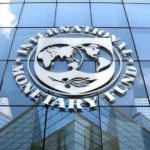