The Public Relations Officer of the Ghana Private Road Transport Union (GPRTU), Ibrahim Abass Moro, has assured the general public that transport operators will not increase fares in spite of the rise in fuel prices.

Speaking on the concerns raised with regards to the increase in fuel prices and the fares increment that comes with it, he averred that Ghanaians are already overburdened hence GPRTU won’t worsen passengers plight by increasing the fares.

The decision, Ibrahim Moro disclosed, was taken at a meeting held by the drivers to deliberate on the right action to take in this regard due to the complains that was coming from both passengers and drivers.

“We [Cargo truck drivers, articulated truck driver, long distances busses] had a marathon meeting yesterday and we came out with something successful”.

The Union had earlier served a notice to increase transport fares today, Tuesday, November 9, 2021, if the government failed to resolve the rising fuel prices in the country. This was as a result of the prices at the pumps on Thursday, November 4, 2021, increasing by 10 pesewas, from the previous GHS6.80p to GHS6.90p.

Drivers asked not to increase fares

Meanwhile, the Ghana Private Road Transport Union (GPRTU), has asked its members not to increase fares until it concludes negotiations with government.

According to the Union, even though its talks with government to scrap some taxes and levies placed on petroleum products have not been fruitful, a meeting with government and some negotiations will determine if transport fares will be increased or not.

Passengers and transport operators have been unhappy because the government recently approved the removal of the Price Stabilization and Recovery Levies (PRSL) on petrol, diesel, and LPG for two months. The directive should have started in November but consumers are rather seeing an upward adjustment of fuel prices in Ghana.

As a result of this relief initiative by government, Ghanaians were expecting a reduction in transport fares following the removal of the Price Stabilization and Recovery Levies (PRSL) by the National Petroleum Authority (NPA).

The GPRTU commenting on this advised the public to be measured in their expectations for a reduction in transport fares.

The union has accused the government of acting in bad faith despite contractual assurances of stabilizing the prices of fuel that will lead to maintaining transport fares at least in the short term since they were last increased in June 2021.

In a related development, the much-anticipated temporary suspension of some levies in the price build-up of fuel at the pumps is yet to take effect even as the second pricing window commences. According to reports, the levy suspension has not taken place because Parliament is yet to give the NPA the approval needed to scrap the levy. 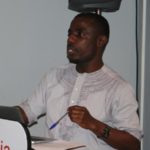 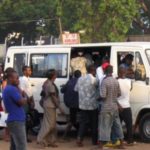 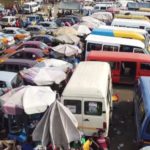 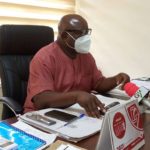