Ghana has been thrown into a state of mixed feelings as the country’s law making body, parliament, on Friday, November 26, 2021 rejected the 2022 budget statement and economic policy presented for approval by the government through the Finance Minister, Ken Ofori-Atta on November 17, 2021.

The move by the country’s legislature marked the first time in the fourth republic that parliament failed to approve a budget statement. However, this marks the second time since independence that a budget has been rejected; the first was in 1979, a time when the economy was at one of its worst states in history.  History has repeated itself after 42 years since the first budget was rejected. Does this signal the extent to which the living conditions of Ghanaians have deteriorated after 42 years?

“What we need is a frugal government that cares and is accountable, not a haughty, insensitive, opaque and intransigent one”, said Hon. Samuel Okudzeto Ablakwa, MP for North Tongu Constituency, commenting on the budget. To Prof. Nana Jane Opoku Agyemang, running mate of the NDC in the 2020 elections, “defeating the obnoxious 2022 Budget” is “a courageous fight for the Ghanaian people and a well-deserved victory”.

Ghana: Gov’t Unlikely To Meet Its Revenue Target This Year

The rejection of the budget received the applause of most Ghanaians as the budget was seen to contain what they referred to as “killer taxes”.

One of the reasons for the public outcry following the presentation of the budget was the proposed levy on electronic transactions (E-Levy) which many believed will defeat the government’s financial inclusion agenda and will also be a burden on the poor.

MP for Ningo Prampram, Sam George summarized the whole conversation, saying “the 2022 Budget has been rejected by Parliament. We, as a Minority, took a stand with the people of Ghana to reject a budget that had the obnoxious e-Levy, increased gov’t fees and charges”. To Hon. Sam George, this is “Victory for Ghana.”

The proposed E-levy, even though welcomed by some people, majority believe the rate of 1.75% was too high. The E-levy, according to the Graduate Students’ Association of Ghana (GRASAG), “is the major worry of all graduate students across the country”.

The association kicked against the levy arguing that it could result in possible reduction in electronic transactions and negatively impact on the digitization agenda. It also believes it will negatively impact on young businesses, amounts to double taxation and could possibly lead to waste of productive hours at the banking halls as people may resort to the traditional mode of banking to avoid paying the e-levy.

The 2022 budget statement sought to raise a total of GH¢100.5 billion as revenues as against planned expenditure including arrears and amortization of GH¢135.6 billion for the 2021/2022 fiscal year. This would have resulted in a deficit of GH¢35.1 billion. The government was counting on the introduction of the E-levy to rope in more of the targeted revenues, projected above the 2021 target of GH¢70.3 billion.

A recap of the direct tax policies in the budget included the reduction of the withholding tax rate for the purchase of unprocessed gold from small-scale gold miners from 3% to 1.5%. It also included the increment in the turnover limit for the modified taxation system to GH¢500,000 from GH¢200,000.

Concerns regarding the proposed tax policy initiatives, however, are related to the indirect taxes. Two of such are the 1.75% E-levy and the review of the benchmark policy for imported vehicles and selected general goods.  GUTA argued that the review of the policy will result in price hikes, worsening the already high cost of living in the country which saw inflation currently standing at 11% as of October 2021. The high risks of inflation forced the central bank to also raise its policy rate to 14.5% which is likely to further impact on the cost of borrowing in the country.

Despite other initiatives to promote youth entrepreneurship such as the YouStart initiative captured in the budget, the CPP described the government as “insensitive” . According to the CPP, the government is only concerned about raising revenues to the detriment of the welfare of the ordinary Ghanaian. CPP therefore, called on Ghanaians to “reject the E- levy and other nuisance taxes”.

After the rejection, what next?

For now, it seems parliament has listened to the cry of the CPP and Ghanaians at large, but this also begs the question: what is next? Is government going to prepare a new budget for approval? How is this going to affect the delivery of government’s programs and projects next year? It is clear that the government cannot run without a plan, thus, in the absence of a budget but incase a new budget is to be prepared, is the timing going to be constitutional?

Article 179 (1) of the 1992 Constitution says “The President shall cause to be prepared and laid before Parliament at least one month before the end of the financial year, estimates of the revenues and expenditure of the Government of Ghana for the following financial year”.

The next move is very critical as it will determine the fate of the many Ghanaians who are hopeful of a budget that will meet their needs as the coronavirus continue to mutate, raising further uncertainties in the global economy. 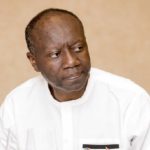 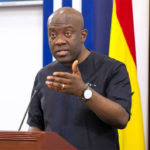 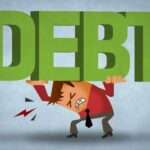 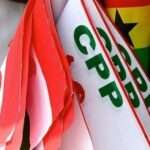