Ghana’s Hasaacas Ladies have made history by reaching the finals of the maiden edition of the TotalEnergies Women’s CAF Champions League currently underway in Egypt. The Ghanaian Giants defeated Morocco’s ASFAR Club 2-1 on Monday, November 15, 2021 at Al Salam Stadium in Cairo to book their ticket for the final.

The Ghanaians proved that winning WAFU-B qualifiers was not a coincidence, as they dominated Group A winning two games and drawing one to go on top. The win today marked their third in the competition with only one drawn game so far out of the four matches played.

Now they need one more win at the “grand finale” to lift the maiden Women’s Champions League title to write their names in the history books of the completion. The Ghanaian giants started the game on a good note as they dominated the early moments of the game.

A brilliant display of football in the first half

Boaduwaa Doris placed the Ghanaians ahead with a beautiful header. ASFAR however, cancelled the lead in the 44th minute to end the first half with one goal apiece. In the second half, Grace Appiah had the chance to restore the lead in the 51st minute but missed. As the game progressed, the VAR check awarded a penalty to Hasaacas Ladies in the 63rd minute after ASFAR goalkeeper fouled Badu in the 18-yard box.

Unfortunately, Agyekum missed the chance as she hit the post from the spot and had the chance to score but wasted time and the ball was cleared. Both teams tried to restore their leads but to no avail.

In the 76th minute mark, Hasaacas Ladies’ superstar Evelyn Badu once again scored, her fifth goal of the competition, to put the Ghanaians ahead. The 19-years-old was voted best player of the group stage after bagging four goals and two “woman of the match” awards in the process.

For today’s game, Hasaacas Ladies’ towering defender, Janet Egyir was adjudged the woman of the match.

Hasaacas Ladies Coach, Yussif Basigi lauded his players for the win but also believes his tactical abilities in the second half did the trick.

“I said last time that the game was not going to be easy. The tempo of the teams qualifying for this is very high. Yes, we missed the penalty, but having the penalty in the first place meant we were attacking and going to win.

“There were tactical variations in the second half. We are going to train the girls on finishing as this is a key element for us. The girls have faith in me and so do I. They listen to me carefully, that’s why out second half is more powerful most of the time”.

The Moroccans celebrated wildly after securing their semifinal spot with a barren stalemate in their last group stage game.

A win, a defeat and a draw sent ASFAR to the semis, but now got their title hopes truncated by a resilient team from West Africa. Coach Abdallah Haidamou of ASFAR said “We were not lucky today, but I thank the girls for their efforts and we learnt a lot from this tournament”.

“We want to win the third place medal and not go home empty handed. We will try and prepare the girls to concentrate on the next match”.

With this brilliant display of quality football today, Hasaacas Ladies awaits the winners of the second Semifinal match between Malabo Kings FC and Mamelodi Sundowns FC.

READ ALSO: The Sub Region is Doing Poorly in Respect Of its Democratic Values- Ibn Chambas 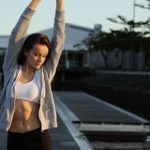 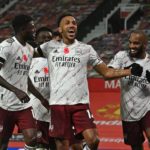 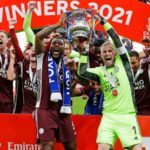 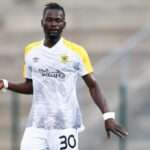