From April 2021 to September 2021, the average lending rate has been declining, though marginally, according to data from the Bank of Ghana.

The Central Bank, spearheaded by the Governor, Dr. Ernest Addison, has been acknowledged for putting in place essential measures that have contributed to lowering the cost of lending in the country, including efforts to help the industry recover from the impacts of the Covid-19.

The Bank of Ghana’s Monetary Policy Committee (MPC) raised the Policy Rate – the rate at which it lends to commercial banks – by 100 basis points (1 percent) to 14.5 percent, revealing inflation, exchange rate, fiscal, and debt sustainability concerns.

According to a news release issued by the Monetary Policy Committee, given current and predicted global and local conditions, the central bank anticipates inflationary pressures to rise, resulting in its decision to raise the policy rate to 14.5 percent until at least the end of January 2022. The decision marks the first time the central bank has raised the rate in over three and a half years, after routinely lowering or maintaining it.

This is expected to raise borrowing costs, but it may also assist to alleviate current pressures on the cedi and the cost of goods and services given how bad the cedi has been affected recently.

Dr. Adu Owusu Sarkodie, a lecturer in the Department of Economics at the University of Ghana, told reporters that the recent decision could hurt economic growth.

“Obviously a higher policy rate will lead to an increase in interest rates, increasing the cost of borrowing, which will reduce investments and then make the overall effect on GDP negative. You also expect consumers to reduce consumption and turn to investment because in this case other instruments like treasury bills and government bonds will experience an increase in yield and will attract consumers and businesses and even foreign investors into the country

He further added that “You would expect the effect of that to reduce the depreciation of the Cedi, increase exports and increase the yields on investments, with the overall effect of reducing inflation” 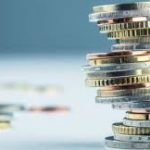 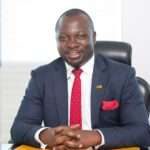 Lending rates can only be determined by market fundamentals – Mr. John Awuah 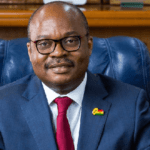 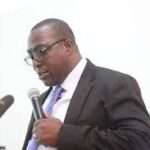 Let’s have a second look at our financial sector in Ghana-ASG
Tags: lending