Dr. Yemi Kale, Statistician-General of the Federation of Nigerian National Bureau of Statistics (NBS) has disclosed that Nigeria will rebase its Gross Domestic Product (GDP) in the later part of 2021.

According to the Statistician-General, once the GDP is rebased, the National Survey of Establishment (NSE) would include information on 17 economic activities which would have more data on the present economic realities in the country.

He revealed this at a media conference on the significance of the on-going National Survey of Establishment on Thursday 11th February 2021 in Abuja.

“It would also provide useful information for policymakers on the activities driving the Nigerian economy and those that require government intervention and serve as a benchmark for subsequent commercial and industrial sector statistics.

“In the wake of the COVID-19 pandemic when many businesses and commercial activities have been impacted severely, a survey such as this, with the information to emanate, is extremely invaluable to designing and planning for the post-COVID-19 long term growth and development of the private sector in Nigeria” .

The Statistician-General further stated that another major factor that necessitated the re-basing is the National Agriculture Sample Census to be held later this year. According to him, the NBS enumerated over 1.4 million business establishments in the National Business Sample Census 2020/21 which commenced in October 2020.

“The first component is the listing or enumeration of business and commercial establishments across the country, while the second part is the sample survey, which is currently going on.

“The data retrieved from the businesses during the listing exercise were the establishment’s contact details, nature of the business and ownership structure, number of employees, and GPS location.

“The sample survey which commenced with the training of field personnel two weeks ago, essentially, takes a sample of the enumerated business establishments under the listing exercise”.

The last time Nigeria rebased its GDP was in 2014 which made the economy surpass South Africa as the largest in Africa. Dr. Yemi Kale said the economy expanded to an estimated N80 trillion ($488 billion) in 2013.

Meanwhile, Nigeria’s Gross Domestic Product (GDP) in real terms declined by 3.62 percent year-on-year in Q3 2020, thereby marking a second consecutive contraction which technically meant a full-blown recession after the Nigerian economy contracted by 6.10 percent in the second quarter of 2020.

However, the Minister of Information and Culture, Lai Mohammed, in a press briefing with newsmen in Lagos last month assured Nigerians that the latest recession will be short-lived and that Africa’s largest economy will return to positive growth soon unlike during the 2016 recession.

Lai Mohammed further explained that the several complementary fiscal, real sector and monetary interventions proactively introduced by the government to forestall a far worse decline of the economy and alleviate the negative consequences of the pandemic.

On the contrary, a number of experts at the third quarter Economic Outlook organised by Nairametrics tagged ‘Projecting Nigeria’s Economic Recovery’ were of the view that the Nigerian economy may not recover as soon as several people expect it to, as some economic and financial analysts have projected that it may take a longer period for it to survive the lull, which was birthed by 2016 recession and worsened by the Coronavirus pandemic. 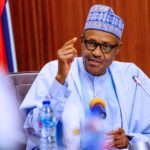 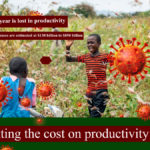 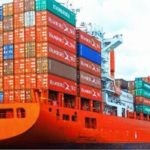 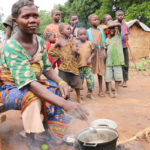 GSS set to begin maiden e-Census in May