The National Communications Officer of the National Democratic Congress (NDC), Sammy Gyamfi, has uttered that the citizens of Ghana are impatient to vote the New Patriotic Party (NPP) out of power in the 2024 general elections.

Per his assertions, Ghanaians are fed up with the recent high rate of corruption in the country. Therefore, the citizens have decided in their minds to vote out NPP’s government.

In response to a press conference held by John Boadu, the General Secretary of the NPP, on former President John Dramani Mahama’s ‘Thank You Tour,’ Mr. Sammy Gyamfi made these assertions on Monday, 30th August, 2021.

With respect to his response to journalists on Thursday, August 26, the General Secretary of NPP described some of the allegations made by former President Mahama on his ‘Thank You tour’as twisting of the facts.

“He has no right to deceive the people of this country by twisting facts.”

“We are really not worried about his distraction because our President is focused on delivering his mandate.”

Mr. John Boadu further averred that ex-President Mahama “has turned his so-called ‘Thank You Tour’ into election campaign. Yes, he has the right to campaign but he should play by the rules of engagement”.

NPP’s General Secretary then disclosed that Mr. Mahama has advised his friend, Roland Agambire, the Executive Chairman of Agams Holdings, to go into hiding following his loss of the 2016 elections, claiming that all the “dubious” deals between 2012 and 2015 were undertaken by the Mr. Roland Agambire.

“Is it not more worrying that, all dubious deals under Mahama were carried by the RLG man? Mahama advised Agambire to go into hiding after the elections.”

Replying to these claims, Mr. Sammy Gyamfi Stated that the citizens’ failure to vote against the NPP government will result in further misspending of the public purse.

“Anything short of that will spell doom for the public purse which will be subjected to further abuse should their mandates be renewed beyond 2024.”

He further indicated that the Party’s “denial of the rising economic hardships” revealed that NPP was detached from the “dire living conditions” of the Ghanaian citizens.

Also, Mr. Sammy Gyamfi disclosed that ex-President Mahama had shared the concerns of the majority of Ghanaians who felt worried about the mismanagement and corruption associated with the NPP government.

“Former President Mahama echoed the sentiments of the vast majority of Ghanaians who feel scandalized by the unbridled corruption and plain thievery that has become the hallmark of the Akufo-Addo/Bawumia NPP government. The economic hardships Ghanaians from all walks of life are experiencing are the direct effects of the mismanagement of the economy through reckless squandering of scarce resources to secure re-election 2020 which has left our finances in shambles.”

Read Also: IPAC is supposed to be a consensus-building body- Alex Segbefia 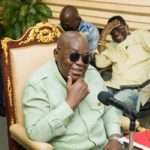 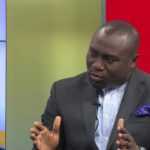 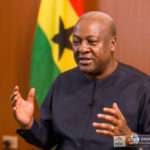 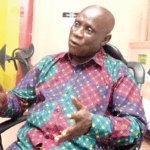 Ghana: Industries to benefit from adoption of nuclear power to energy mix