The government is targeting 3.6 million Metric Tons (MT) of maize under its flagship program, the Planting for Food and Jobs (PFJ), in the second half of the year. According to government, it will distribute approved seeds and fertilizers to about 1.5 million farmers across the country which is expected to result in an increase in yields for some selected staple crops this year, including maize.

The government highlighted in the Mid-Year Budget Review that the implementation of the five main modules of the Planting for Food and Jobs (PFJ) flagship program is still in progress. The aim, government said, is to sustain the gains achieved in increased productivity of selected crops, food security and job creation after a successful first phase from 2017 to 2020.

Under the Rearing for Food and Jobs (RFJ), the government indicated that in the first half of 2021, about 86,000 cockerels, 1,500 small ruminants, 43,200 broiler day old chicks and 1,500 pigs were procured and supplied to beneficiary farmers. In addition, 144,000 layers and 100,000 broiler day-old chicks have been ordered for distribution to beneficiary poultry farmers across the country.

Additionally, the government indicated that 1,200 poultry battery cages were procured to house the 144,000 day-old chicks after they have been brooded to layer pullets. According to government, the cages will be distributed to 1,200 female poultry farmers.

“The Ministry completed the construction of 10 out of 11 livestock housing units and 11 mechanized boreholes for 11 livestock breeding stations. In the second half of 2021, the Ministry will take delivery of the 144,000 layer pullets and 100,000 broiler day-old chicks and distribute same to 1,200 female poultry farmers and 200 poultry farmers, respectively. Additionally, the Ministry will start rehabilitation of five staff bungalows in three livestock breeding stations”.

Sustainability of the PFJ

Recently, the PFJ has come under intense criticism in terms of its sustainability following shortages of maize in some parts of the country which forced the price of maize to go up significantly. Consequently, all the products within the value chain went up drastically with the poultry industry being the hardest hit.

Meanwhile, farmers are still complaining of shortage of fertilizers which they say, if not addressed, will result in drastic reduction in yields this year. Speculations are that fertilizer meant to be supplied to farmers is being smuggled to neighboring countries, forcing the President to issue a warning against perpetrators of the act earlier this month.

Additionally, suppliers under the PFJ have lamented delays in payment by the government. Responding to this, the Deputy Minister for Food and Agriculture, Mohammed Hardi Tuferu, assured suppliers that government is working around the clock to pay them soon.

READ ALSO: The arrival of Newmont Ghana is a threat to our socio-economic livelihood – Fish Farmers 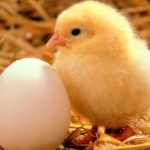 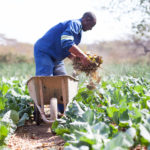 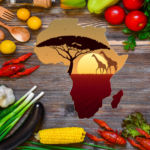 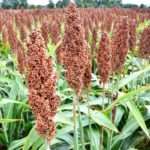