The Chief Executive Officer (CEO) of Loudorph Farms, Daniel Dolling, has revealed that poultry farmers failed to benefit from the Planting for Food and Jobs (PFJ) because government was on a propaganda spree with the project.

Daniel Dolling explained that the government was quick to export maize harvested under the program without considering if there was enough for internal consumption for both humans and poultry farms.

“The ministry allowed maize to be exported out of the country. Meanwhile we didn’t have enough stock for us as farmers and even as a nation. But thinking that it could do propaganda with what it has achieved, it said farmers and planters are making money for whatever they are selling so, they allowed them to export to other countries. That is our plight”.

Mr. Dolling then appealed to the government to make a diligent count of the harvested grains available for the country before exporting to other countries. He stated that the Planting for Food and Jobs project is a very good initiative that happened to this nation and urged that the project should continue.

“But we shouldn’t over export and we must check on our stocks. We don’t have the correct data on stocks that we have as a nation so immediately we get a lot of maize, we think that we have a lot that we can export”.

This follows complains by the Greater Accra Poultry Farmers Association of Ghana that it is still not able to meet the demand of feed needed for birds by its members and other poultry farmers in the country.

The Association disclosed that due to this, in July this year, 5 out of the 55 feed mills in the country had to shut down due to a lack of raw materials needed to make feed for the birds.

According to the Poultry Farmers Association, the current demand for feed is four times higher than what they are supplying.

Board Member of the Greater Accra Poultry Farmers Association, Kwame Ntim Duodu, however assured that the Association is putting in place measures to acquire some machinery that will help them scale up production to meet the demand for feed ahead of the Christmas festivities.

He averred that when it’s nearing the Christmas season every year,;the association always have excess demand for its feed products, more than what they can produce. Based on the high demand, he said, the Association is making efforts to ensure it meets the demands of the farmers this year.

Mr. Duodu noted that to meet up demands for the Christmas festivities and in getting the broiler feeds to meet up with the Christmas poultry purchase, the Association is working towards being ready for the market. 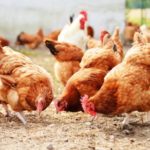 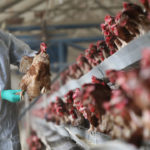 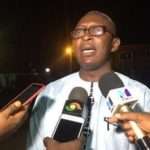 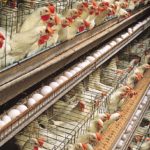