An Italian warship is set to collaborate with the Ghana Navy to curb the growing activities of pirates off the Gulf of Guinea.

The warship, Luigi Rizzo, which had about 187 crew soldiers on board landed at the Tema Port . It will engage the Ghana Navy in the collaborative exercise.  The partnership will be a major relief as the Gulf of Guinea has become one of the dangerous sea zones on earth. There have been several reported cases of piracy attacks in recent years at the Gulf of Guinea. Pirates take hostage of several sailors each year.

Meanwhile, available statistics show that piracy off the Gulf of Guinea shot up to over 200 cases in 2020 alone. Notably, most of these cases involve kidnapping and demand for ransom, making the area a haven for pirates.

Moreover, there is a surge in Piracy in the first quarter of 2021. Reports show rising cases of kidnapping in the Gulf of Guinea in the first two months of 2021. These cases are higher than those recorded in the entire Q1 2020.

It is worrying because pirates create fear around the sea lanes that traverse the Gulf of Guinea. However, this area is very important as it facilitates trade between southern and western Africa. It is also a key route for valuable goods such as crude oil emanating from Angola and Nigeria.

As a result, the Italian Navy has arrived in Ghana. They have been engaging in patrolling and surveilling both the Gulf of Guinea and other waters for the past months. As part of this collaboration, the Italians will train personnel of the Ghana Navy to curb the growing piracy menace.

Sending a strong signal to the pirates

Specifically, the Luigi Rizzo warship with some 187 crew members, will train their Ghanaian counterparts in a midnight drill on the seas. This will help to impart modernized patrolling and surveillance methods used in combating piracy.

Moreover, Commander Dario Castelli, the commanding officer of the Luigi Rizzo warship stated that there is a need for such a collaboration between Ghana and other African counterparts in this training and mission. This, according to him, will send a strong signal to the pirates, about their preparedness to combat them.

Meanwhile, the Luigi Rizzo warship which has been offering monitoring and surveillance on the Gulf of Guinea for some months now will return to Italy in May after the joint operations. Also, after the operations of the Luigi Rizzo warship, another Italian Frigate will arrive at the gulf in October to undertake similar monitoring and surveillance exercise.

The recent collaboration comes after Capt. Dr. Kamal-Deen Ali Rtd called on Regional bodies to act swiftly as piracy cases continue to surge in the Gulf of Guinea.

Dr. Kamal-Deen indicated that pirates are using sophisticated gadgets in their operations. As such, regional bodies are unable to combat and outwit these criminal organizations. The Executive Director of the Center for Maritime Law and Security (CEMLAWS) also blamed profitability and newer business modules as other causes of the surge. 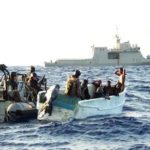 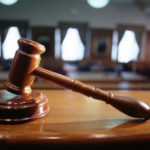 Nigeria Likely To Sue Ghana Over Closure of Nigerians’ Shops 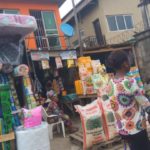 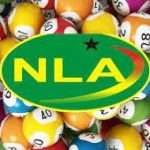 Biden open to compromise on infrastructure plan funding, but not inaction

Netflix & Tiktok partner on a project for South African filmmakers