Help me beg my ‘Oga’ not to sack me- Israel DMW reveals his job is on the line for the comments made about DCP, Abba Kyari

Davido in a picture with his aide, Israel DMW.

Israel Afeara, who is an aide to Nigerian superstar, Davido, has taken to social media to break his silence after he was allegedly kicked off the Davido Music Worldwide (DMW) camp for controversial comments he made about the trending Hushpuppi, Kyari issue.

According to reports making rounds online, a source in the DMW crew disclosed that Israel’s comment did not sit well with Davido, hence the reason for his suspension.

The source said: “He is on suspension because of the things he says on social media which always involves his boss because of the tag ‘Davido’s aide’. He has been asked not to come around or hang out with Davido. However, Israel has promised to change”.

“Mockery from fellow artistes has damaged my brand” – Patapaa

In a post shared on Israel’s Instastory, the aide called on Nigerians to help him plead with his boss to rescind his decision to sack him. According to Israel, Davido through his lawyer, Bobo Ajidua, is already initiating plans to completely send him out of DMW.

His post read: “You people should kindly help me to beg my ‘oga’ not to sack me through his personal lawyer, Jiggy, instead of adding to my current depression of pressurizing him to send me off”.

In a different portion of his post, the aide disclosed that he has worked with the singer for nine years, and sacking him wouldn’t be of any gain to those pushing for it. Israel also explained that he had no idea of the gravity of his words until the likes of Ubi Franklin called his attention to it.

Well, Davido hasn’t responded or reacted to Israel’s plea yet however, netizens are reacting to this development. Some who sympathized with Israel tagged Davido in their comments to forgive him and take him back.

Others too who found fault with Israel mentioned that since he is in full support of the actions of Abba Kyari, he should go and join him in suspension. They were of the view that Israel keeps doing the wrong thing and later begs for forgiveness.

Following allegations by the Federal Bureau of Investigation (FBI) that Abba Kyari played a role in a multi-million-dollar fraud carried out by the socialite, Hushpuppi, social media has been buzzing.

While different reactions greeted the latest development, Israel DMW took to social media to solidly stand behind Abba Kyari. Taking to his Instagram story, Israel Afeara disclosed that the officer is a “clean man who has tried within his rights to make the country better”.

According to Israel, Kyari is still in the process of fighting wild armed robbers and kidnappers and he has fully tried so far. The logistics manager then concluded his pledge of support by asking if there is a saint anywhere in the country. However, the post has since been deleted after allegations of Davido deciding to suspend him. 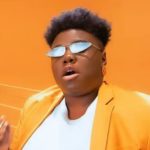 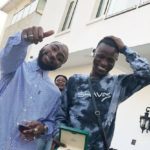 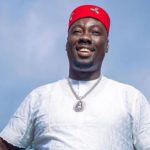 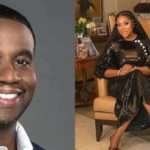