Member of Parliament for Cape Coast South, George Kwaku Ricketts-Hagan, has intimated that the government’s initiative of ‘Planting For Food And Jobs’ should have been an avenue for the youth to venture into agriculture to gain jobs.

However, he said, assessing the progress of the initiative for the past five years, there is nothing to write home about.

Speaking on unemployment, the former Deputy Minister of Finance pointed out that judging the amount of money injected into the program, it should have provided jobs, revenue and sustainability year on year. However, he noted that has not been the case.

Mr. Ricketts-Hagan revealed that according to the government’s own data on the ‘Planting For Food And Jobs’ initiative,; it has been a failure and a waste of taxpayer’s money.

His comments come on the back of the recent #FixTheCountry demonstration by the country’s youth who are unhappy with the government and government’s promise of a Youth Banc. He also revealed that the youth are angry with governments’ direction for the country.

Mr. Ricketts-Hagan also averred that the youth population is growing so rapidly and adequate jobs need to be provided. He indicated that if adequate jobs are not provided to keep them productive, their situation will be like a time bomb that will eventually explode.

However, Mr. Ricketts-Hagan said if the government is not able to provide adequate jobs for its growing youth population, they will become unproductive to the system.

He added that when that happens, the youth becomes a time bomb ready to detonate in the faces of everybody.

“Population growth has been so rapid and that is a good thing. The youth population has skyrocketed. If you go to any country now, the youth is more than the older generation. That is a good thing because that is the workforce right there for you. People who would continue to work to keep this country moving forward but if you are not giving them the tools to work, then the youth are being unproductive.”

Older generation have no bright future for youth

Mr. Ricketts-Hagan further expressed satisfaction with the direction the youth is taking.

He said what makes him happy for the future is that the youth have realized that,;where the older generation is taking them is tunneled with no bright future.

Moreover, he sounded a warning to the government, that the youth will find other devious means to survive without jobs. He then cautioned that, that will be the case if the youth are not provided adequate employment to be productive to the country.

“When the youth becomes unproductive that becomes a time bomb for the country because as they say;‘the devil finds work for the idle hands’.” 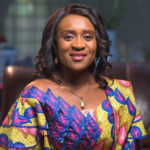 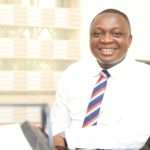 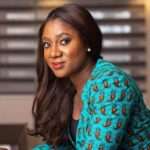 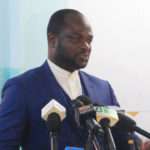