Germans on Sunday 26th September 2021 went into the polls to decide who Angela Merkel’s successor would be. Germany’s centre-left leaning Social Democrats Party (SPD) won the Chancellorship race by a narrow margin.

Olaf Scholz, the Chancellor candidate for the SPD, who served as Merkel’s Finance Minister and Vice Chancellor since 2018, has now been given a clear Chancellor mandate to lead the Germans after Merkel.

Germans have finally decided to vote in order to send Merkel’s conservative party into opposition after 16 years in power, Scholz disclosed.

Olaf Scholz, aged 63, stated that he aims to build a formidable coalition with the Green Party (Greens) and the Free Democratic Party (FDP) before Christmas.

“The voters have very clearly spoken, they strengthened three parties: the Social Democrats, the Green Party and the Free Democratic Party. Therefore, that is a clear mandate the citizens of this country [Germany] have given, [that] this three [SPD, Greens, FDP] should form the next government.”

Scholz, speaking on Monday to the SPD’s cheering supporters at the party’s headquarters in Berlin, stated, “what you see here is a very happy SPD”.

In the meantime, Germany’s outgoing Chancellor, Angela Merkel, who did not run for her fifth term as chancellor “will stay on in the caretaker role during the coalition negotiations that will set the future course of Europe’s largest economy”, Aljazeera disclose.

Armin Laschet, a long-time ally of Merkel, and the CDU’s Chancellor aspirant disclosed that, “he [Scholz] could still try to form a government despite leading the conservatives to their worst ever election results”.

Amidst mounting uncertainties from the conservatives over the new coalition to be led by the SPDs, Scholz on Monday, shredded off all uncertainties and stated that “you should know that Germany always has coalitions, and it was always stable”.

Outcome of the Sunday national elections

The results from the Sunday national elections showed that, SPD was able to amass 25.7 percent of the total votes, whereas Merkel’s conservative centre-right Christian Democratic Union (CDU), was able to secure 24.1 percent of the votes, according to a provisional result released by Germany’s Federal Returning Officer on 27th September 2021.

The Annalena Baerbock led Green Party, after been able to win German voters with her climate concerns, was able to secure a third place with 14.8 percent out of the total votes from the Sunday’s national elections.

The AfD’s Sunday’s elections results of 10.3 percent is a step down from 12.6 percent votes it gained to enter parliament for the very first time in 2017, reports disclose.

With regards to the representative of the various political parties to the Bundestag, Germany’s parliament, “the SPD took 206 seats, conservative 196, the Greens 118, the Free Democrats 92, AfD 83 and the Left Party had 39 seats”, Aljazeera disclosed.

Meanwhile, the Danish minority party, South Schleswig Voters’ Association (SSW), will for the first time in decades be represented with one seat at the Bundestag.

Germany’s parliament will in general have a record of 735 legislators, who will help champion the Scholz led Germany until the next national elections. 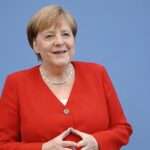 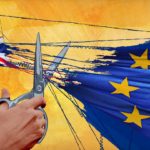 Next days ‘decisive’ for hopes of Brexit deal 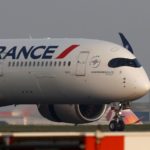 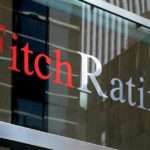