The Northern and Upper East Regional Branches of the Seed Producers Association of Ghana, have urged the government and other key stakeholders in the agriculture sector to step up efforts to commercialize the production and use of Genetically Modified (GM) cowpea seed variety in the country.

The two regional Seed Producers Associations believe the use of the improved cowpea variety will help increase yields as it reduces the attacks of pests and diseases on the crop.

The Association in a statement read by Mr Alhassan Amadu, Northern Regional President of the Association, at a press conference in Tamale, expressed worry over the delay in releasing the Genetically Modified cowpea seed varieties developed by scientists to farmers for commercial purposes.

According to him, the delay in the release of the new Cowpea variety is preventing cowpea farmers from cultivating healthy seeds that would boost productivity and increase crop yield.

“We wish to state that the main reason for very low crop yield by cowpea farmers is the attacks by insect pests at all growth stages.

“We, as farmers, spend heavily on insecticides to enable us protect our crops from damage by these pests, and apart from that, we also spend on labour as well as other farm management practices, which increase our cost of production”.

Rising cost of cowpea in the market

The statement underscored that “after all these costs, we are not able to harvest up to a tonne of cowpea per hectre, hence, making the price of cowpea grains very expensive on the market, compared to cereals and other food crops”.

The Association highlighted in the statement that farmers were excited to be introduced to the GM cowpea variety developed by scientists at the Council for Scientific and Industrial Research – Savanna Agricultural Research Institute (CSIR-SARI). The new variety known as ‘Maruca pod borer’, is resistant to the Maruca vitrata insect.

Maruca resistant cowpea was produced using genetic modification and engineering technique. The Maruca is a pod-boring insect of cowpea that causes up to 80 percent losses in heavily infested cowpea farms.

GM Cowpea already in use in Nigeria

The Association however, stated that “we were disappointed to be told that we cannot have the GM cowpea seed variety with desirable characteristics because the developers have not been permitted by law to release it to farmers”.

“It is sad to note that although Ghana and Nigeria commenced work on this GM cowpea at about the same time, the leaders of Nigeria and state institutions supported their scientists to quickly release these varieties to their farmers, but the case is different in Ghana”.

After presenting its petition to the government and other stakeholders in the agriculture sector, the Seed Producers Association of Ghana assured farmers that it would ensure that farmers had access to technology-driven seed varieties that would help boost productivity, reduce costs of production and increase crop yield. 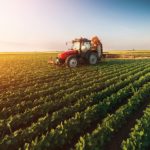 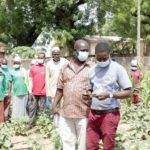 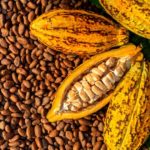 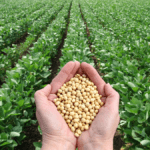