The Chief Executive of the Ghana Chamber of Telecommunications (GCT), Dr. Ing. Kenneth Ashigbey has stated that there is currently a lot of taxes on Mobile Money (MoMo) services and so there is no need to place a direct tax on MoMo.

According to him, there is the need to protect the industry that is contributing so much to the economy in terms of revenues as well as its support to other sectors.

“Mobile money currently as it is, is taxed. There are various ways in which it is taxed.  There is CIT that is paid. The agents and merchants who are involved in it pay withholding taxes on the commissions that they earn. By virtue of the fact that we have mobile money running, there are businesses that are there because of that and they also pay taxes.

“So, we definitely think that taxing mobile money directly is like taxing the cash in your pocket. The money that I have already paid my taxes on, if I decide to now send that money, then, you are going to tax me. We should tax the activities that happen at the end of it. That’s our current position and we believe that will inure to our benefit”.

Need to create an enabling environment

Speaking at the launch of the 2020 Total Tax Contribution Report, Dr.Ashigbey highlighted that the contribution of the telecom industry is huge. As such, he indicated that creating the enabling environment for it to thrive will ensure that other businesses also leverage on it to expand. He emphasized that the telecom industry plays a critical role in revenue mobilization in the country and employment creation.

According to Dr.Ashigbey, the Chamber currently provides 5, 200 direct jobs and over 1.1 million indirect jobs.  Meanwhile, he stated that the shift towards merchant payments will allow the GRA and the tax policy institutions to better monitor activities of individuals. This will make it easier for such people, especially the informal sector, to file their taxes.

Furthermore, Dr.Ashigbey highlighted that theft and destructions to the infrastructure of the industry is another major challenge. According to him, the members of the Chamber spent GH¢6.6 million last year to fix fiber cuts and other infrastructure.

On his part, Mr. Derek Laryea, Head of Research & Communications at the GCT, averred that MoMo is still a “baby service” as such, the government should rather make efforts to help expand its usage. According to him, placing a direct tax on MoMo will basically temper with consumption and usage in the long-run.

“Mobile money, currently, is still a baby service. I’m saying that because today, active users are 17 million but what is the addressable market? If you want to tax the service, look at it from that perspective.  What about if you move from 17 million to maybe 28 million, that’s also new revenues that you will rake in.  Rather than doing direct, how about allowing the market play out its efficiency, profitability and productivity to be able to then give you returns.

“So, for us as a Chamber, we think that this is not the time to even discuss direct taxation of mobile money because it doesn’t happen anywhere. There is empirical evidence from Uganda and we saw what the impact was. Taxing mobile money is like taxing the medium through which money is moving. So, it’s almost like a disincentive”.

Furthermore, Mr. Laryea called on the government to collaborate with the Telecommunication industry to expand broadband connectivity to the rural areas.  This, he said, should begin with a conversation among all stakeholders.

“There’s really that conversation that we need to have when it comes to rural connectivity; rural expansion of broadband”.

Moreover, on mobile money fraud, Mr. Laryea highlighted that instances of fraud may have impacted on the tax revenues from the industry last year. As such, he noted that the chamber sees it as a very serious issue that must be addressed.

On measures to address the issue, Mr. Laryea stated that the Chamber has the fraud dashboard which helps to harmonize individual contribution of members’ efforts to fight fraud.  According to him, previously when fraud is detected, they immediately block the SIM card.

However, he said “that in itself is not deterrent enough because all that the person loses is GH¢1; the cost of the SIM card”.  As a result, the Chamber has gone a step further beyond blocking the SIM card to block the ID card that was used to register the SIM, and then now Block the phone itself.

Meanwhile, the 18th Edition of the quarterly knowledge fora was geared towards influencing, educating and stimulating deep discussions related to the mobile and ICT industry.  The main objective was to improve understanding of topical issues within the industry. The forum was dedicated to the launch of the 2020 Total Tax Contribution Report. The event attracted industry players, representatives from the Bank of Ghana and the Ghana Revenue Authority as well as academia and the media.

READ ALSO: Review of health of the economy slated for September 22 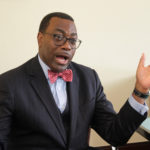 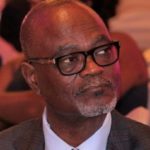 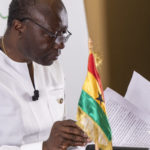 Economy grows 7% on average in 4 years 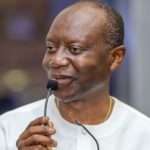