Mr Nii Armah Amarteifio, events and Public Relations Executive Officer for Foreign Investment Network (FIN) in Ghana, has charged the Government of Ghana to up the education on cashless payment system to achieve the cashless society agenda it wants to implement.

Speaking to the media on the sideline of a news conference ahead of this year’s African Cashless Payment Systems Conference (ACPSC) in Accra, Mr Amarteifio indicated that, “Government must ramp up its sensitization of the citizenry on the benefit of a cashless society to ensure that no one was left behind.”

The Government, led by the Vice President of the Republic, Dr Muhammadu Bawumia, over the past few years, has championed the cashless agenda and initiated a number of programmes, including the Universal QR Code as part of measures to move the country to a cashless society and to digitalise the economy.

Mr Amarteifio averred that though the country has made significant strides over the years, the high illiteracy rate could pose major threats to the agenda if education is not improved. He noted that the country’s illiteracy rate continues to hinder the smooth transition from cash to cashless society.

“In terms of illiteracy rate in Ghana, we know that it is quite huge, and that is why one can say that Ghana is lagging behind. But I don’t see it that way, because it depends on how you look at it. In terms of people who are not enthused about this whole cashless system, what we can do is to still talk about it, still educate them and let them understand that it is quite easy for one to do business either by your phone, laptop and computer. That is the best way to go now because it has enormous benefit.”

Additionally, Mr Gary Randall, Director of Business at FIN, stated that, “it has become urgent because cashless economy had become the platform for global monetary transaction.”

According to a Bloomberg report, the contribution of the financial-technology industry to Sub-Saharan Africa’s economic output would increase by at least $40 billion to $150 billion by 2022.

The African Cashless Payment Systems Conference (ACPSC), organised by FIN with support from Forbes Custom Emerging Markets New York (FCEMNY), sought to, among other things, strengthen cashless financial system in Africa and expand financial inclusion and infrastructure. It also seeks to strengthen and support the capacities and development of institutions on the continent.

The conference is scheduled to take place from Sunday, November 28, to Tuesday, November 30, 2021. Approximately, 60 countries are expected to participate in the event. 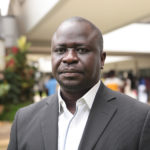 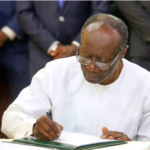 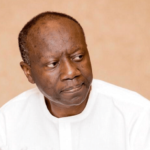 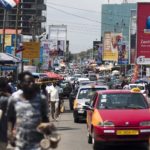