Princeton University has maintained its spot as the highest-ranked university in the United States of America (USA), according to the U.S. News & World Report released today, Monday, September 13, 2021. The report provides an annual ranking of the best colleges and universities in the country. The current ranking is for the top schools to look out for in 2022.

Meanwhile, Princeton University’s ranking is due in part to a student-to-faculty ratio of just four students for every one faculty member. The university also has a strong student retention rate. An estimated 98 percent of Princeton students graduate within six years. More importantly, low-income Princeton students who receive Pell Grants also graduate at the same rate.

During the most recent admissions season, Princeton offered admission to 1,498 students for the Class of 2025. This includes 22 percent who will be first-generation college students, an increase from 17 percent last year.

Princeton university is located in Princeton, New Jersey with an average SAT score of 1450-1570.  The share of first-year students in the top 10 percent of their high school class is 89 percent.  It has a low acceptance rate of just 6 percent.

The top 5 national universities of 2022

This year’s top ranked universities share many things in common. They are all prestigious schools with large endowments and four of the top five are members of the Ivy League. They are all also incredibly difficult to get into, with admitted students boasting strong high school records and high standardized test scores.

This year, Columbia University, Harvard University and Massachusetts Institute of Technology, together share the second spot.  Columbia University is located at New York City, New York and has an average SAT score of 1470-1570. The share of first-year students in the top 10% of their high school class is 96 percent, higher than that of Princeton University. Its acceptance rate is also very low at just 6 percent.

Meanwhile, Harvard University located at Cambridge, Massachusetts has an average SAT score ranging between 1460 and 1580. Its share of first-year students in the top 10% of their high school class stands at 94 percent. It has the lowest acceptance rate of just 5 percent among the top 5 ranked universities.

Moreover, Massachusetts Institute of Technology (MIT), located at Cambridge, Massachusetts has an average SAT score between 1510 and 1580.  Interestingly, its first-year students are all in the top 10 percent of their high school class. MIT’s acceptance rate currently stands at 7 percent.

Yale University completes the top five highest ranking universities in the US this year. Located at New Haven, Connecticut, Yale University has an average SAT score of 1460-1580. It has 94 percent of its first-year students in the top 10 percent of their high school class.  It’s acceptance rate is 7 percent, just like MIT.

Methodology for the ranking

The U.S. News calculates its ranking based on six categories which are each weighted differently. This includes student outcomes (40%), faculty resources (20%), expert opinion (20%) and financial resources (10%).  The other two categories include student excellence and alumni giving with weights of 7 and 3 percent respectively.

READ ALSO: Company registration to decline, more marriages to be certified in 2021 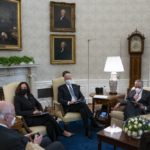 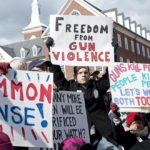 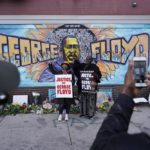 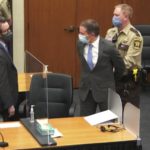 Chamber of Agribusiness predicts rising food prices for the year