Former US President, Donald Trump has said he has no plans to form a new political party, vowing instead to unite a Republican Party that has been divided, after his supporters carried out a deadly riot at the United States Capitol.

Speaking at the Conservative Political Action Conference (CPAC) in his first major speech since he left the White House, Trump said the Republican Party is “going to unite and be stronger than ever before”.

“I am not starting a new party. That was fake news…We will be united and strong like never before. We will save and strengthen America and we will fight the onslaught of radicalism, socialism and indeed, it all leads to communism.”

The ex-President also used the speech to claim himself as the future of the Republican Party, suggesting that he may run for president again in 2024.

“Do you miss me yet? … I stand before you today to declare that the incredible journey we began together… there’s never been a journey so successful – we began it together four years ago and it is far from over.”

He suggested the President would lose in 2024 saying, “Who knows, I may even decide to beat them for a third time” – a reference to the repeated claim that he did not lose the last election.

Trump also used the occasion to deliver a sharp rebuke of what he framed as the new administration’s first month of failures, including Biden’s approach to immigration and the border.

“We all knew that the Biden administration was going to be bad – but none of us imagined just how bad they would be, and how far left they would go… Joe Biden has had the most disastrous first month of any president in modern history.

“Biden’s radical immigration policies aren’t just illegal – they are immoral, they are heartless, and they are a betrayal of our nation’s core values.

The former President also addressed his “America first” nationalist agenda saying, “We believe in standing up to China, shutting down outsourcing, bringing back our factories and supply chains, and ensuring that America, not China, dominates the future.”

CPAC is the country’s largest annual gathering of Republicans and conservatives and typically shows the direction of the Republican Party and its supporters.

While past meetings have served as a forum for debate between a broad coalitions of US conservatives, attendees of this year’s meeting used the weekend to express their commitment to Trump and affirming his ongoing dominance in the party.

Speakers who took the stage, including Senators Rick Scott of Florida, Ted Cruz of Texas and Josh Hawley of Missouri, all announced support for Trump’s continuing political mission.

Trump supporters travelled from across the country to see the former president’s first remarks since he left office in January. Hats, shirts and other pro-Trump paraphernalia were on display at the conference, where attendees took photos alongside a gold statue of the former President. 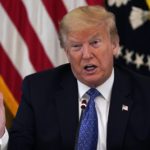 Trump refuses to commit to peaceful transfer of power after election 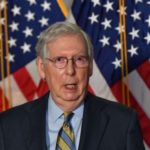 US election: Republican Leader promises an ‘orderly’ transition of power 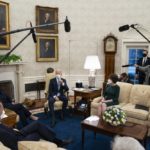 ‘No quick agreement’ as Biden meets Republicans on relief bill 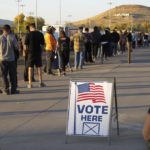 Agri-Tech in Modern farming – where Ghana should be looking