Mr. Michael KAKU Minlah, an Economist and Lecturer at the University of Professional Studies, Accra (UPSA), has backed calls for the replacement of the TV license fee with a media tax to enable the State Broadcaster, the Ghana Broadcasting Corporation (GBC), to continue to perform its mandate.

According to him, the current TV license is not able to raise enough funds for the state broadcaster because it’s being bedeviled by a lot of challenges, some of which are apathy and provision of unappealing contents to customers.

His comments were in reaction to a recent call by the Director-General of GBC, Professor Amin Alhassan for the need for the government to consider introducing a media tax to replace what he calls “the struggling TV licensing fee”.

GBC has for years been struggling to collect TV license fee in what it has described over the years as non-commitment of Ghanaians to pay what is due the state broadcaster.

Speaking at a media forum organized by the Ministry of Parliamentary Affairs in Accra, Professor Amin Alhassan said, for a successful public service broadcast, the conversation on the introduction of the media tax must begin.

Argument in support of a media tax by the state broadcaster

Throwing his weight behind the GBC Boss, Mr. Minlah disclosed in an interview with the Vaultz news that “scrapping the TV license by the national broadcaster is of the utmost importance as it is bedeviled by many operational problems”.

Accordingly, Mr. Minlah provided a detailed justification for the need for a ‘special tax’ to replace the TV license fee.

“First of all, there is the issue of identifying the ‘tax base’. That is, the challenges in identifying how much license to pay depending on the number of television sets. This challenge results in an unfortunate situation where the poor pays the same license as the rich. This puts more burden on the poor.

“Secondly, there is the more common problem of apathy on the part of consumers. Most people are reluctant to pay the TV license because in their opinion, even though they own TV sets, they watch other channels rather than the content provided by the state broadcaster. This leads to a lot of evasion by consumers. Most consumers claim that the state provides content that is not appealing to them”.

Tax on all electrical gadgets

Likewise, Dr. Isaac Doku, an Economist and Lecturer at the University of Education, Winneba, supports the replacement of the TV license with a tax. However, he told the Vaultz news that the tax should be an indirect tax that will operate just like VAT or some form of “Pay As You Go”.

According to Dr. Doku, paying direct taxes is very difficult as the consumer feels the impact directly on their incomes and the accompanying welfare implications.

Therefore, Dr. Doku suggested that the tax should be placed on all electrical gadgets such as sockets, TV sets, TV antenna, satellite dishes and other TV-related accessories. This, he argued, will reduce evasion whilst raising substantial revenues for the state broadcaster to continue to provide vital services for national development.

This is moreso when the Director-General of the GBC has explained that failure to resource the state broadcaster may force it to compete for adverts with private TV stations.  The GBC Boss therefore, urged the government to come clear on the kind of broadcaster that it wants. 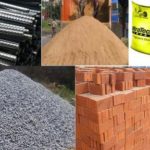 Cost of Building Materials Up by 9% 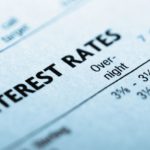 Will a policy rate cut be sufficient to drive down banks’ lending rates? 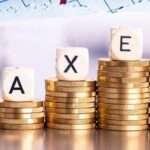 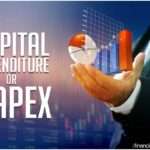